Runs the company, plays the piano, survived the revolution

A much better remembrance of Portugal.

The first time I went to Portugal, it was in the dead of winter 2002. Forget the “Sunny Portugal” of marketing campaigns: My remembrance was of the country was a constant shiver and a constant search for the country’s beauty, which in January, is stark, at best. My vague recollection of those two weeks includes lots of dark, red, slightly sour wine. I’ll allow that was a probable reflection of my [less than sunny] disposition.

What a difference a few years and a change of season makes. This year I had the pleasure of traveling in September with Esporão wines. It was harvest time. The sun was out. I was with a group of wine writers. We drank good wine. 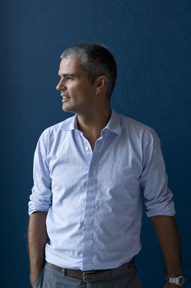 A highlight of the trip was the hospitality of the Esporão team. Yes, they’re nice to visiting journalists, but I suspect it’s not an act. Nor is the appeal of Joao Roquette, the company’s young CEO an affront. My piece in this month’s Tasting Panel magazine tells just part of his story. It’s a long and winding one that includes family drama, intercontinental exile, reclamation and revolution, a prodigal son, jazz and really good wine. Reuters picked up the story, too.